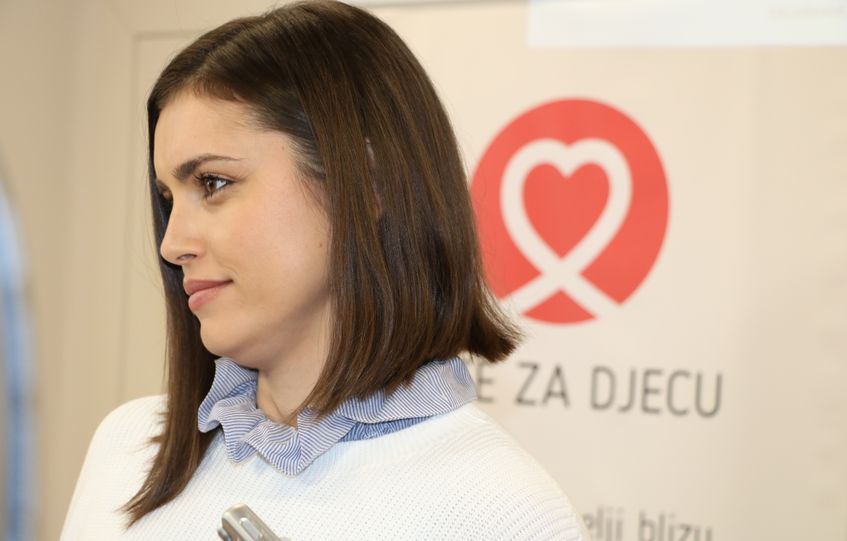 Ambassador of the Association "Heart for the Kids"

In the beginning of 2018, the project of an Ambassador of the Association “Heart for the Kids with Cancer” was presented at the Parents’ House. The identity of the first Ambassador remained unknown until the very presentation day, which is why it was a surprise. Amra Silajdžić Džeko, who has earlier supported the work of Association, was chosen an Ambassador. With visible emotions and tears in her eyes, Amra spoke to the present:

“I am proud and it is my honour that the parents of these heroes have chosen me to be their voice, who will work for the benefit of these children, the voice to be heard as far and as long as possible. The Parents’ House has worked on several projects, one of them being ‘My Hair, Your Hair’ project, which was responded to by a great number of people. There is a lot of talk about negative things, about politics, yet very little about the fact that there are many people who want to help. I am certain that we will do great things together,” stated Amra.

The Ambassador shall advocate for the welfare and better position of children with cancer and their closest families in the community, in line with the mission and vision of the Association. The Ambassador shall use their influence to raise awareness about childhood cancer as a disease and also promote and advocate the fact that cancer in children is curable. As the first Ambassador of the Association “Heart for the Kids with Cancer”, Amra Silajdžić Džeko shall spread the values of the ‘Parents’ House’ and ‘My Hair, Your Hair’ projects to the public of Bosnia and Herzegovina and at an international level as well as inspire people throughout BiH and across the globe to promote and contribute to the mission and vision of the Association.

The presentation of the Ambassador was also attended by AtifaBuldić-Bešić - the mother of a treated child, AjlaBeganović – the girl currently being treated and the user of a wig made under the ‘My Hair, Your Hair’ project as well as AjlaNizić – a young girl who was treated for cancer when she was a child and now she is a member of the young survivors of the Association – MladiCe.

“Somehow I always feel the need to say something about this part of our life’s journey. I cannot avoid sharing some basic facts, such as courage and heroism of my daughter, the will and strength of my family, as well as the influence of the Association over the understanding of our diagnosis and the whole process we were going through. My daughter and us were the users of the Parents’ House and we stayed here for 7 months. We keep on gladly coming back here, which you might find a bit odd having in mind the circumstances under which we had first come here. This is because it was precisely here that we have spent and experienced the most beautiful of our days, between the saddest days that this disease brings along. This is the only place where our daughter laughed, played, run. This place is our second home.” – stated Atifa Buldić-Bešić.

The present were also addressed by a girl Ajla Nizić, who was treated for cancer when she was four years old: “As a member of MladiCe – the network of the young survivors of cancer of the Association, I would just like to say that we here fight all the prejudices that come with cancer, showing that cancer is not a bogeyman and it is curable. I am one of the examples that this is possible and that life continues, after cancer, with all the joys that it brings.”